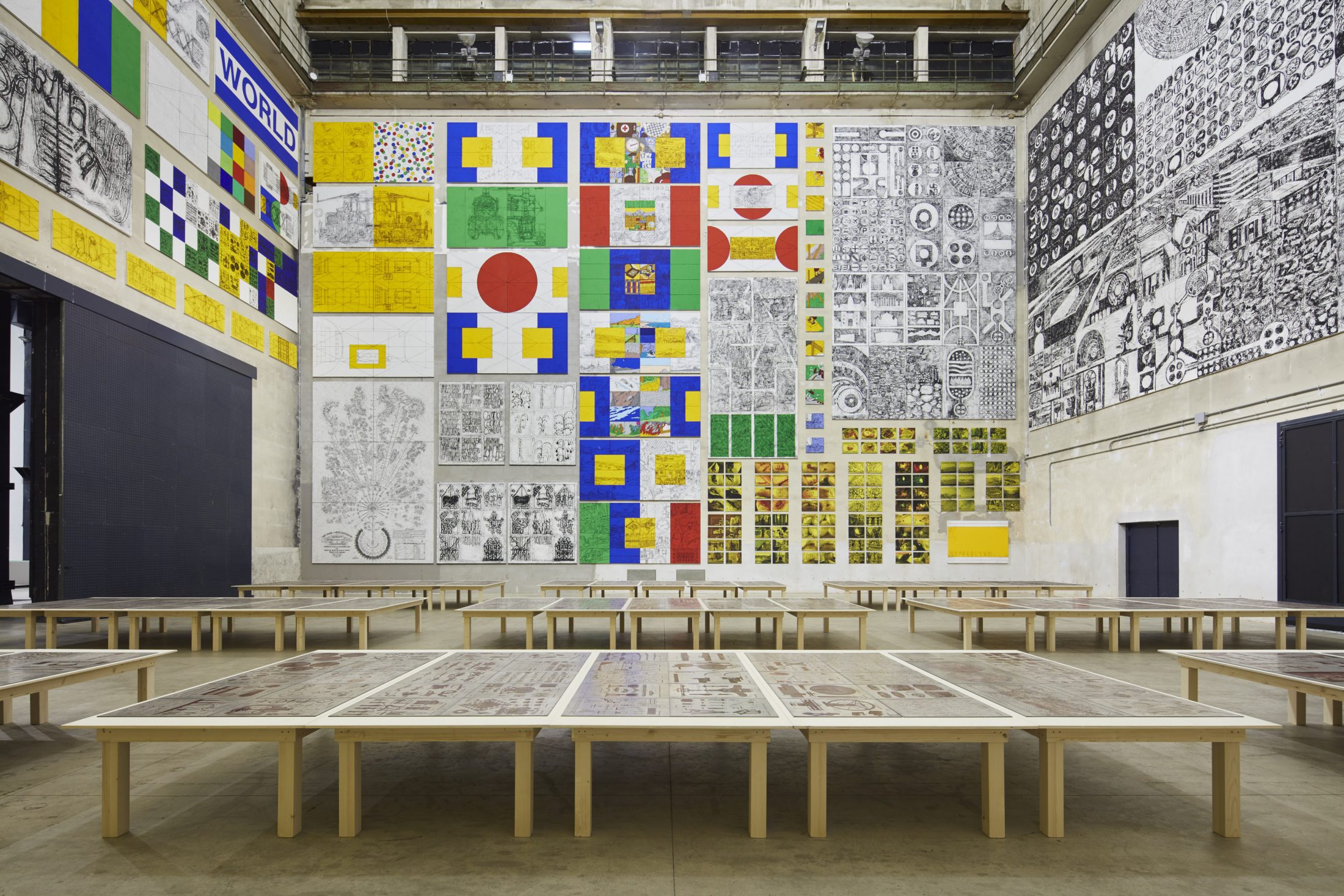 Matt Mullican is best known for combining performance, drawing, printmaking, sculpture, and video as a means of exploring the subjective through the intersection of communal signage and personal semiotics. His radical explorations have led him to establish his own subjective 5-part classification system, which he calls the “Five Worlds”. In this cosmology, each color corresponds to different levels of perception: green stands for material, blue for the everyday world, yellow for ideas, white and black for language and red for the subjective. 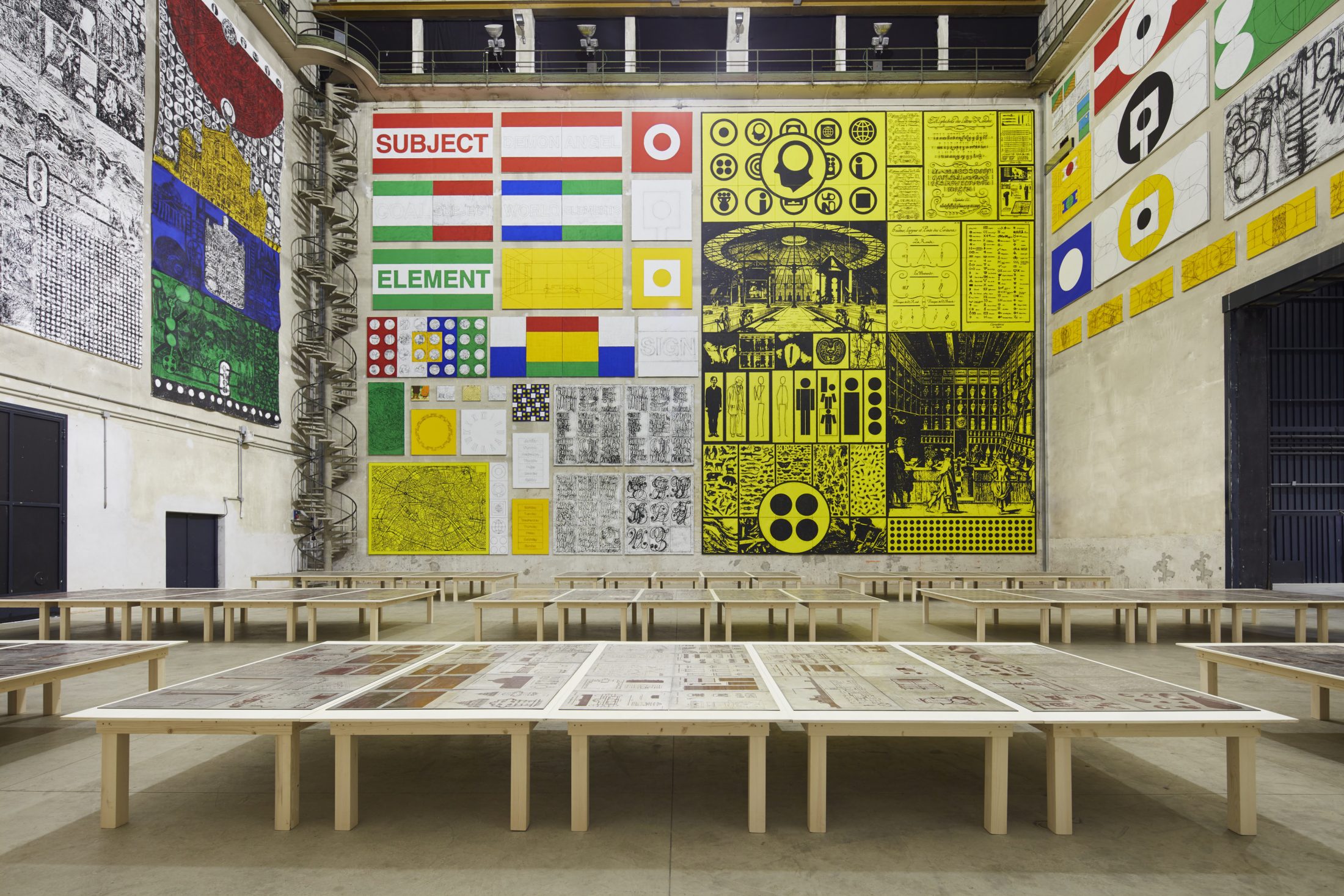 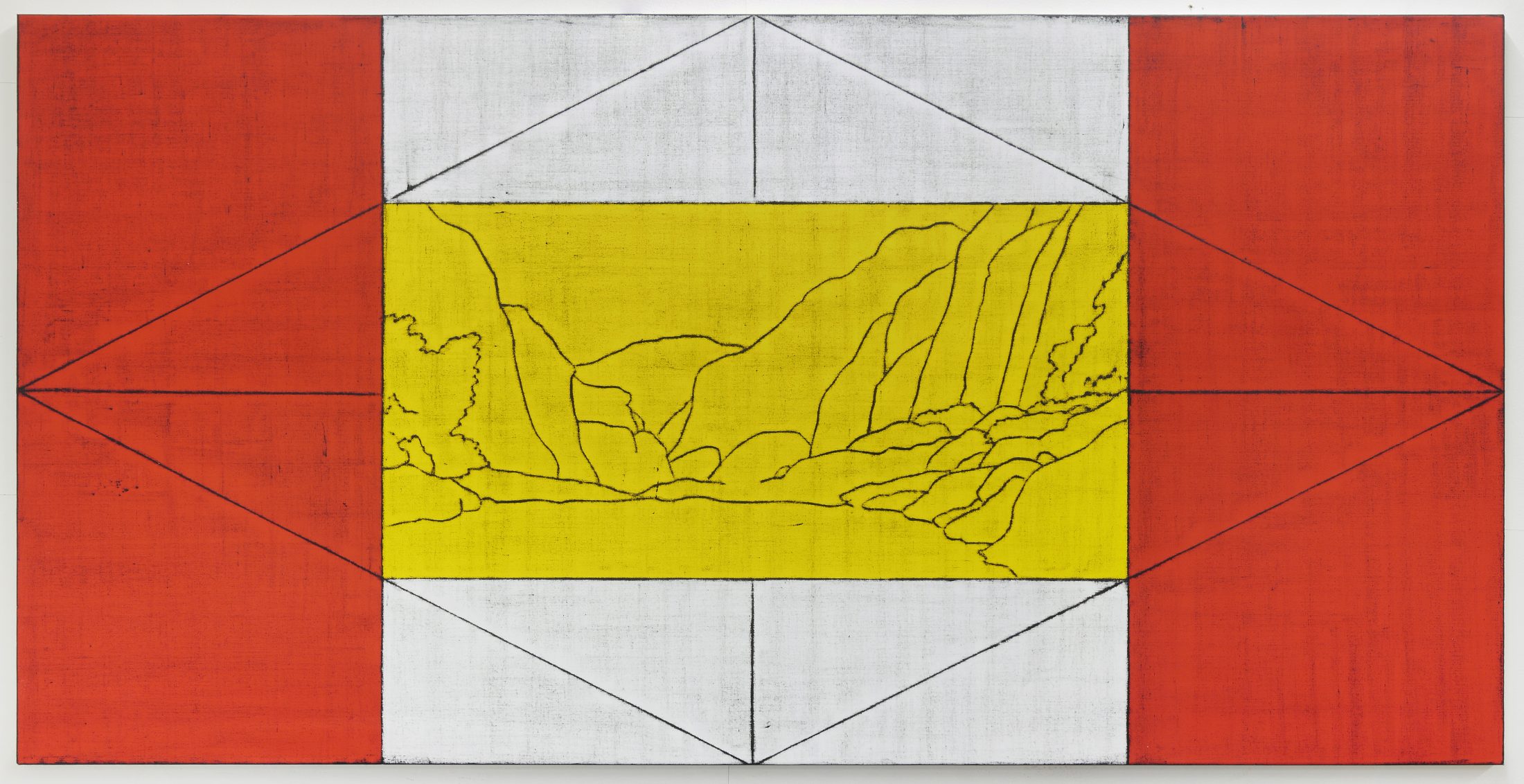 Rather than focusing on the physical art object, Matt Mullican’s body of work addresses how art functions for an individual and the society in which that individual lives. Over the last thirty years, he has developed an intricate framework through which our experience of reality can be dissected. In an enormous range of media, Mullican shows us the amorphous territories lying just below our daily operations. 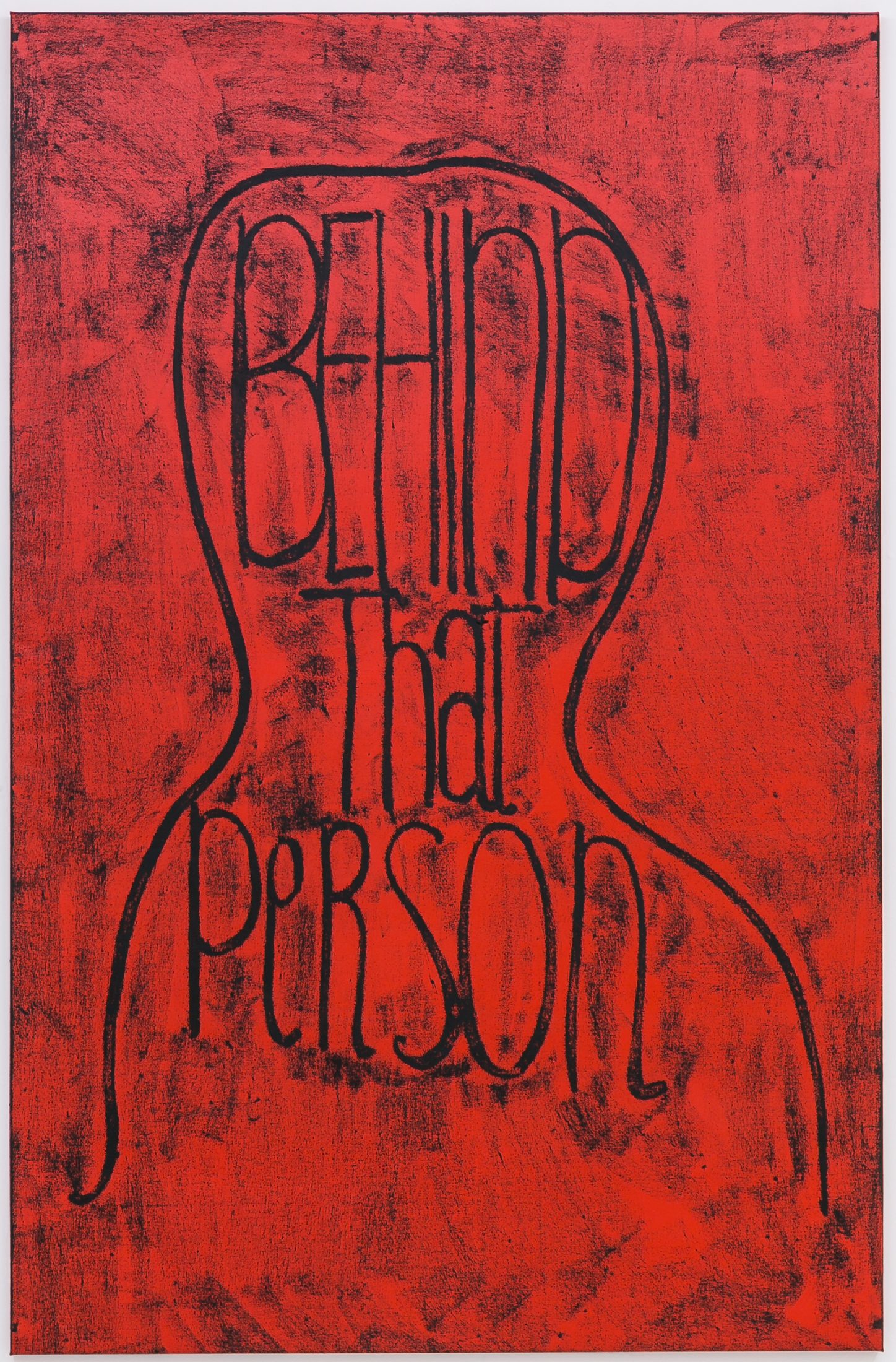 Each material becomes a context for examination of pure subjectivity, pure materiality, and everything in between. His production – from re-contextualized images to digital spaces to hypnosis performances – separate the layers of our belief structures, exposing reality as a product of the imagination. Notably, much of his recent work explores the persona which has emerged from the hypnosis performances. “That Person” is responsible for a set of works, which expose a more primary worldview and a more real self, capable of existing outside the authority of the physical world. Developed over a period of three decades, the works of Matt Mullican are now considered some of the most influential contributions contemporary art has seen in recent years: his oeuvre is both mysterious and clear, and remarkable for the myriad of media and materials used. Mullican’s range of media and forms of expression extend from fragile models and bulky sculptures, drawings, collages, light boxes, and computer animation to glasswork and textiles, videos, and performance. 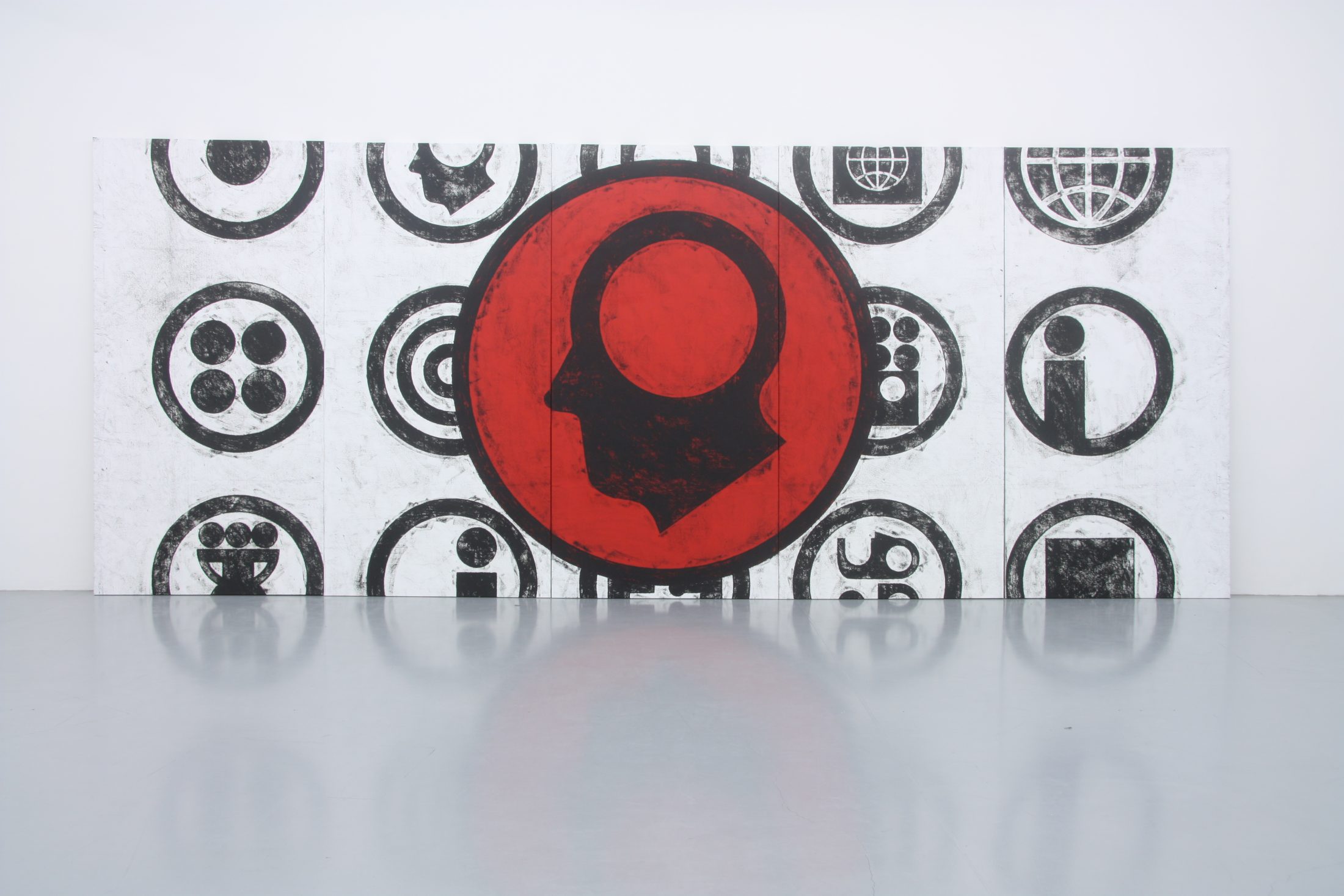 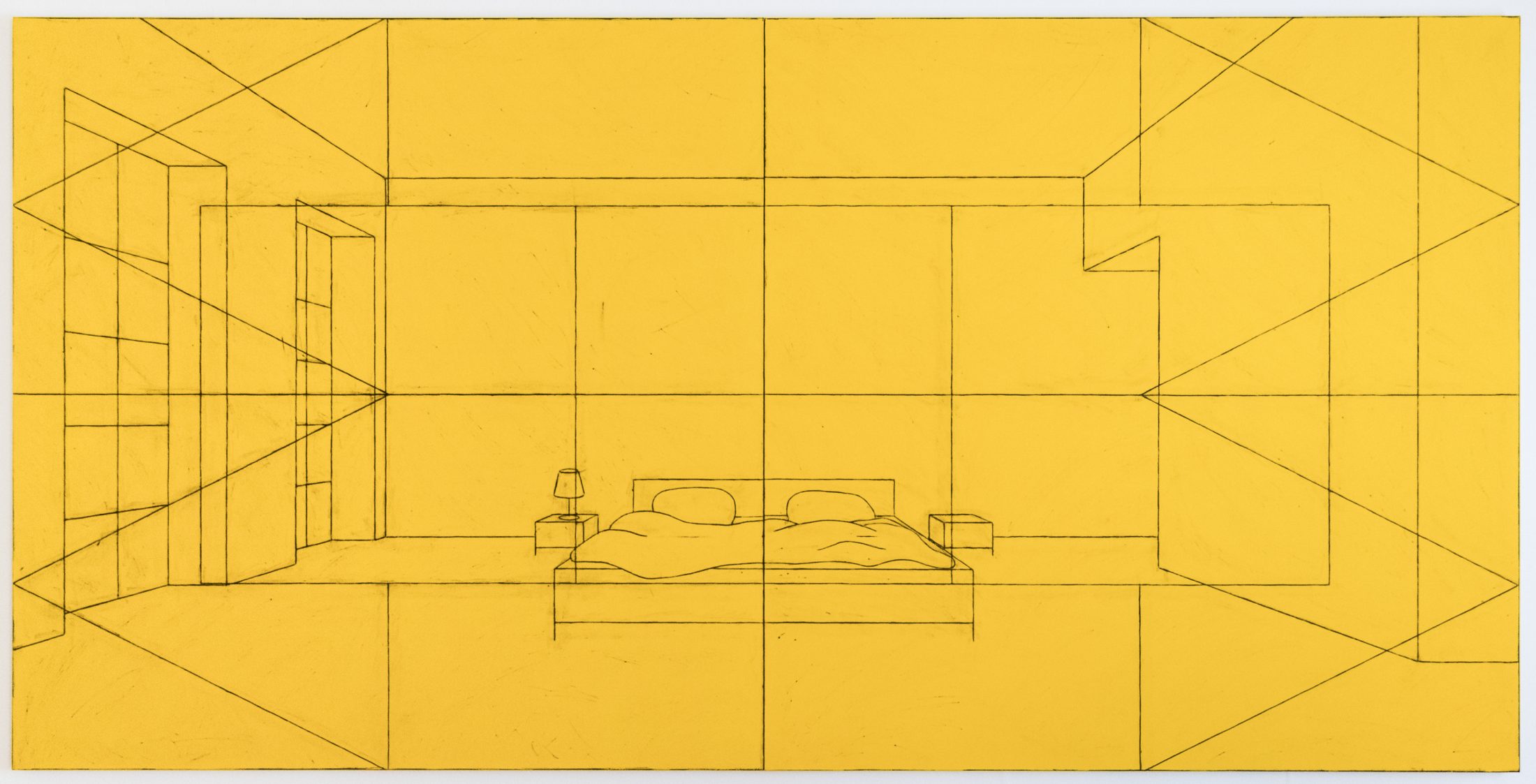 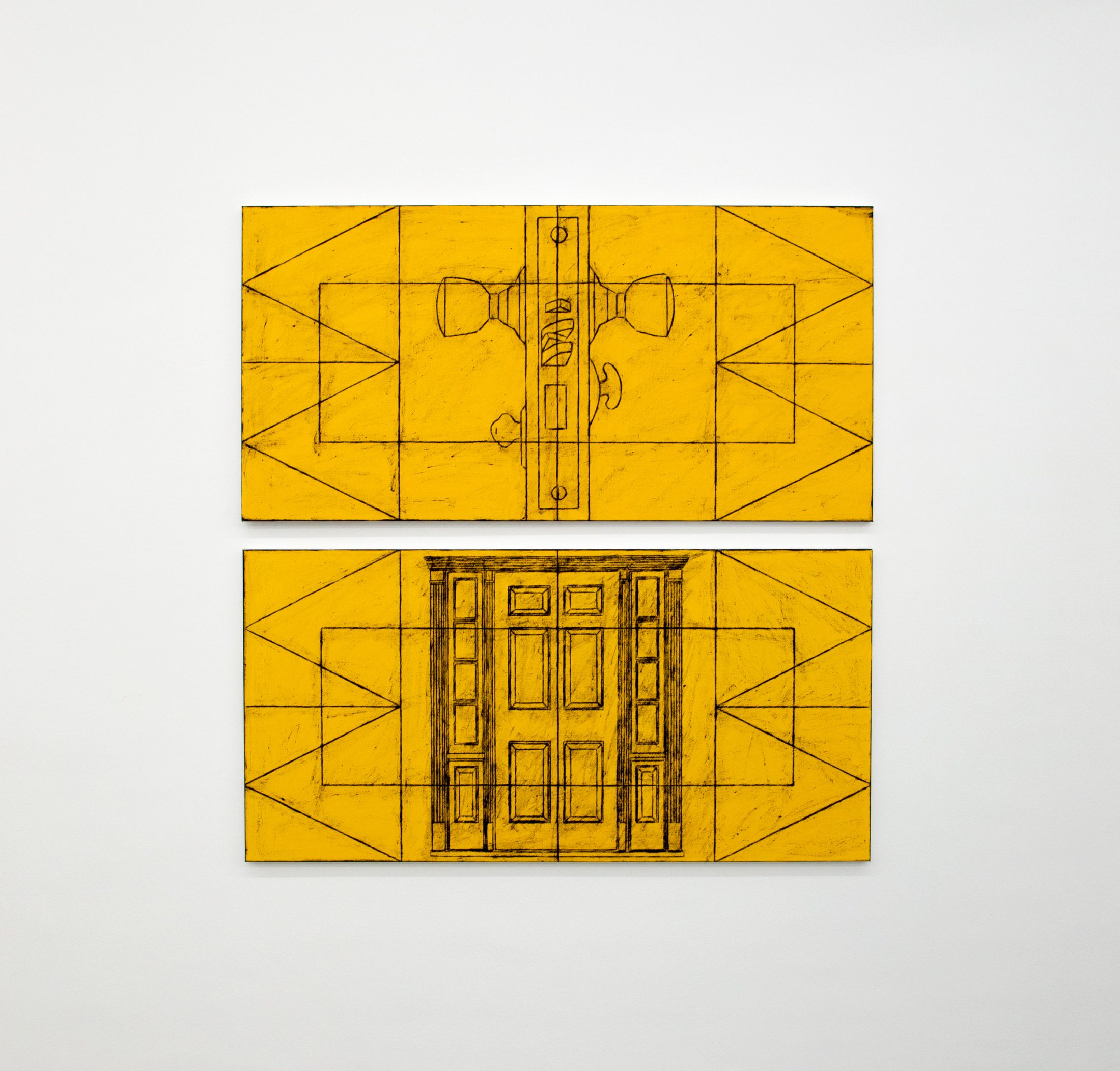 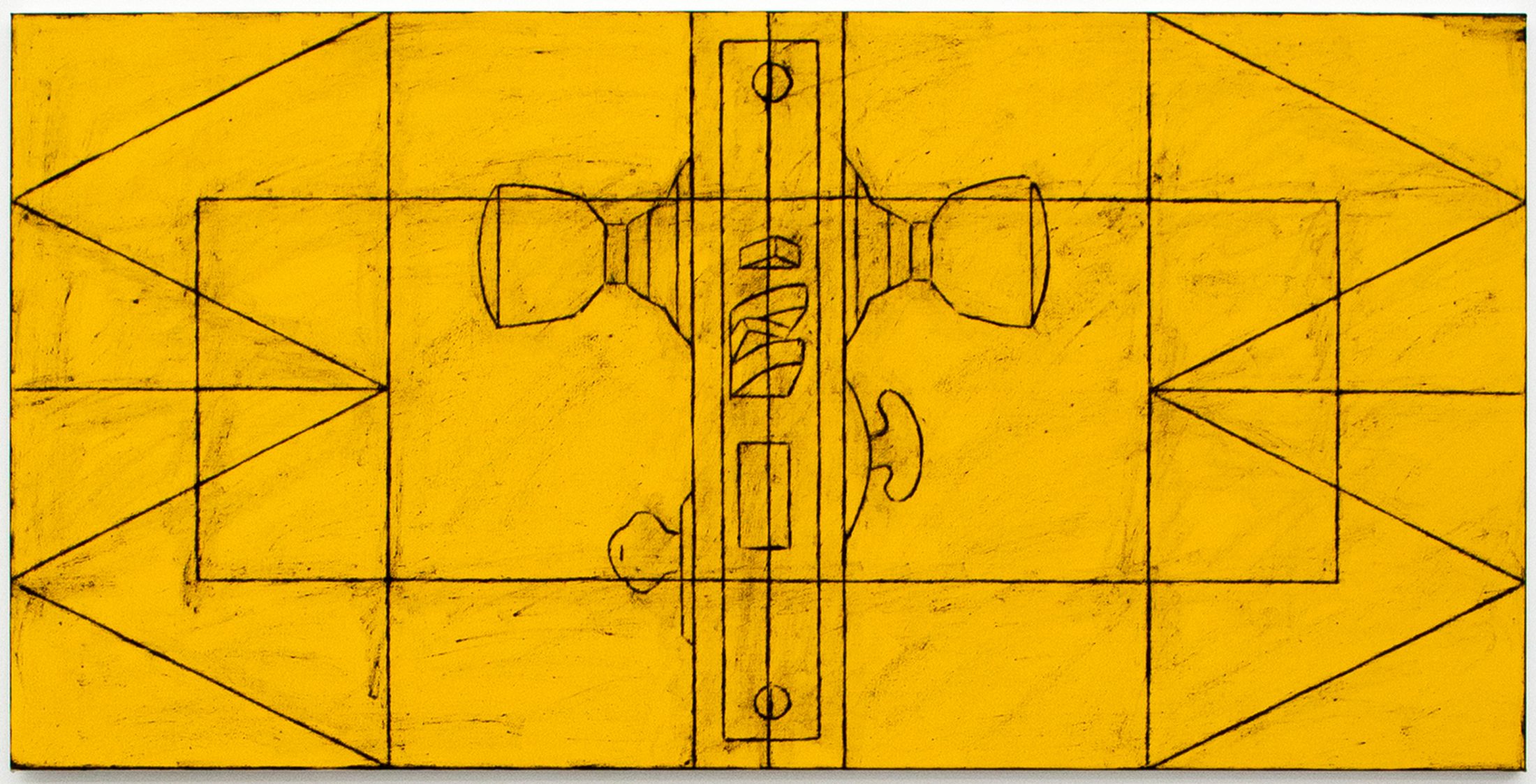 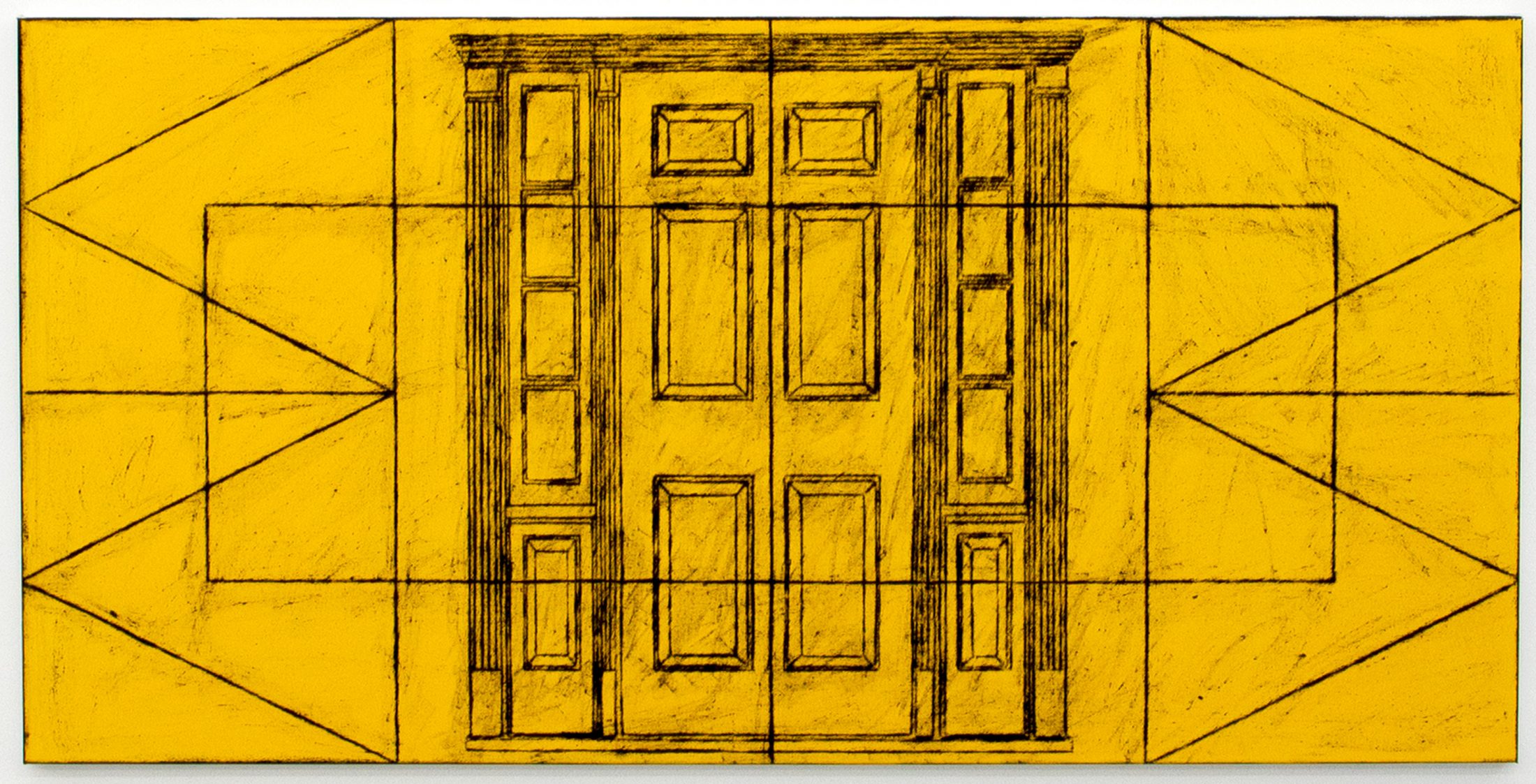