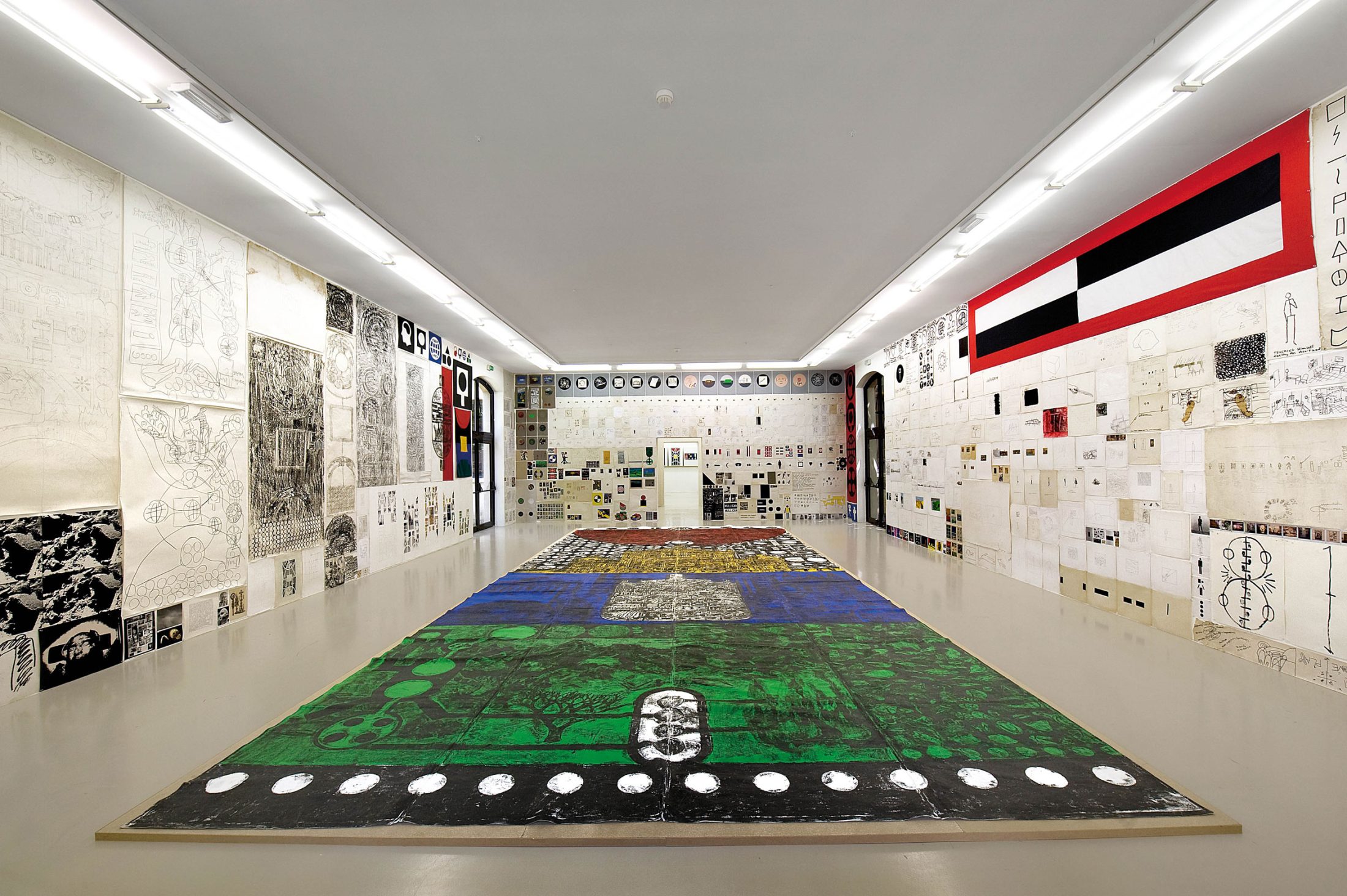 Working in the ﬁelds of performance, installation, digital technology and sculpture, Matt Mullican is seeking to develop a cosmological model based on a personal vocabulary combining the formal and the symbolic. Hypnosis and cartography are his principal modes of operation. He explores functional sign systems of his own devising through actions undertaken under hypnosis, in a permanent back and forth movement between the real and its schematization, and between ﬁction and its physical reality.
His overall world system comprises ﬁve separate parts and their respectively colored referents: green corresponds to the elements and nature, but also to death and hell ; blue (“the world unframed”—by consciousness, that is) to the city and events that go unperceived; yellow (“the world framed”) to the world marked out by consciousness and art; black to language and signs; and red to absolute subjectivity and ideas—but also to paradise. Whether the system is used in terms of its separate elements or as a whole, its compartmentalization represents a vertiginous attempt to contain the totality of both the world and its representation. 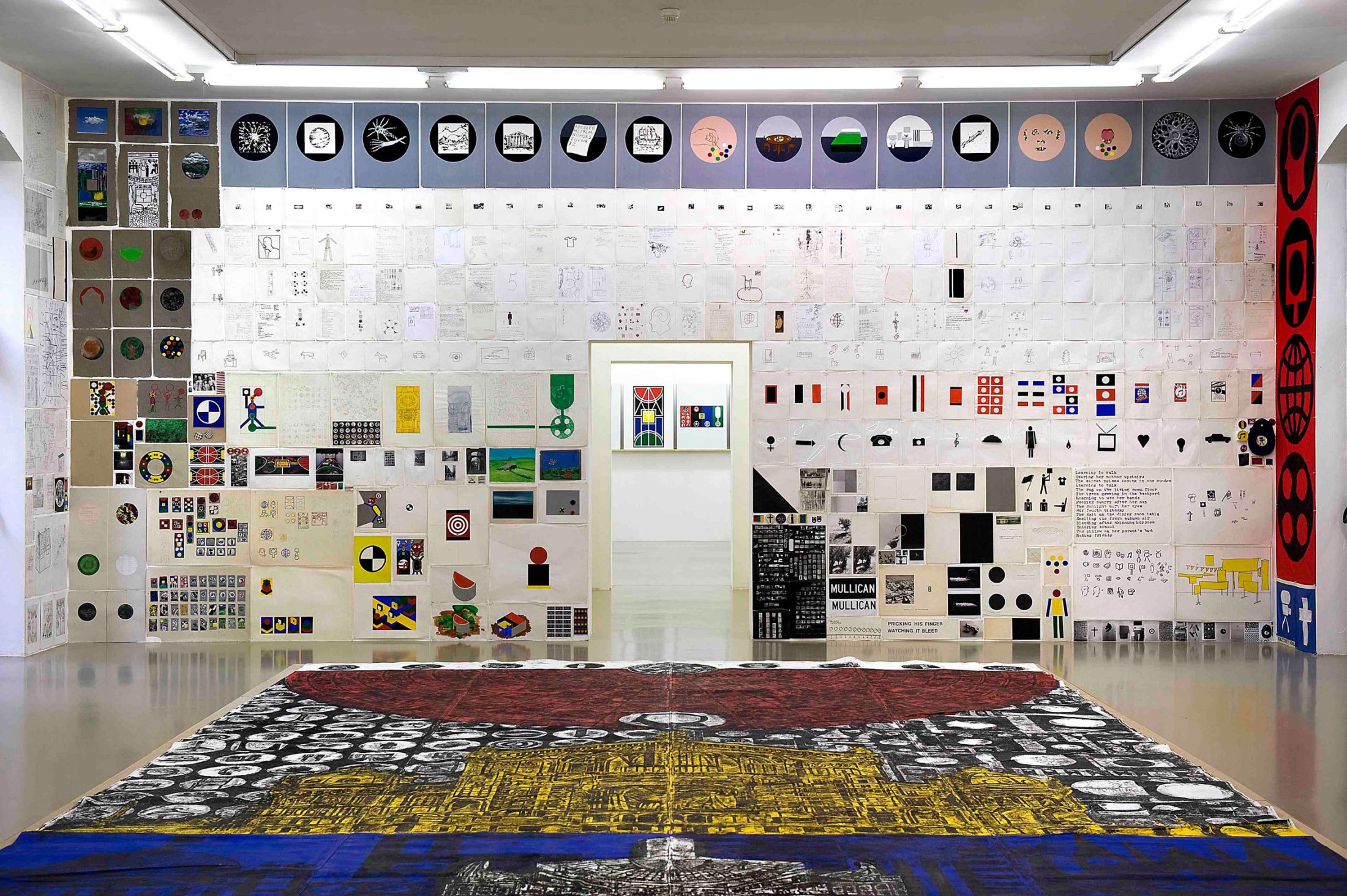 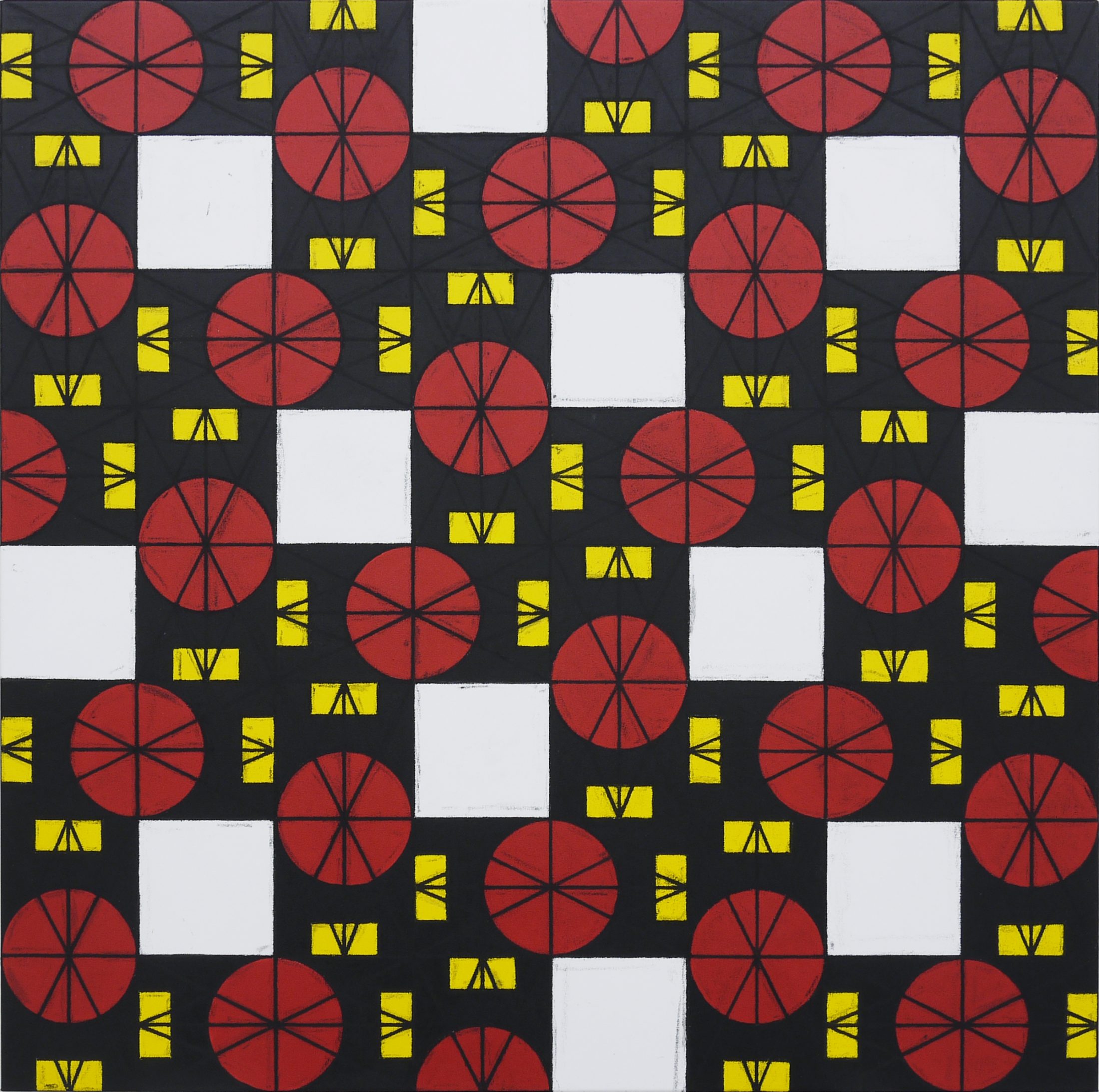 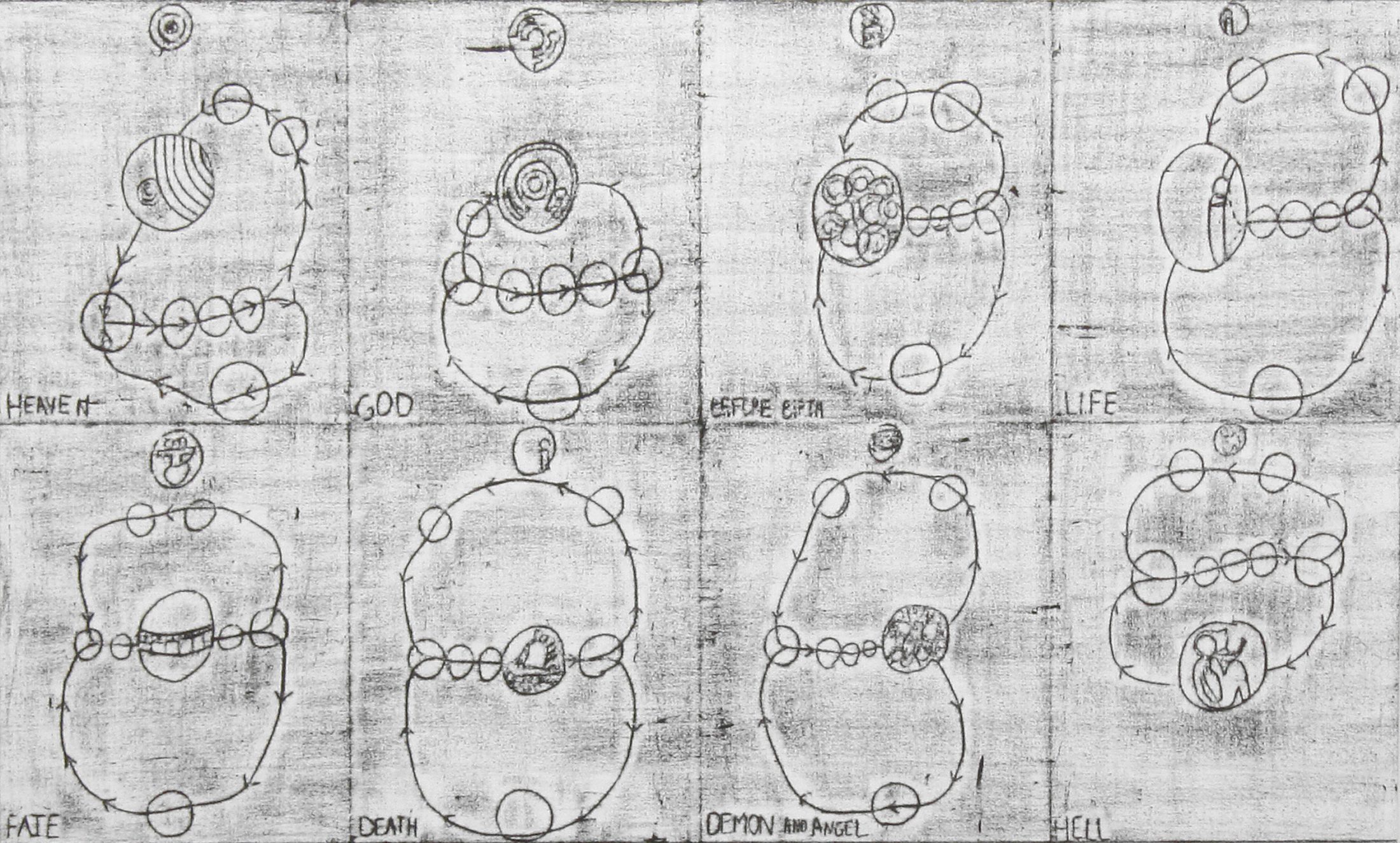 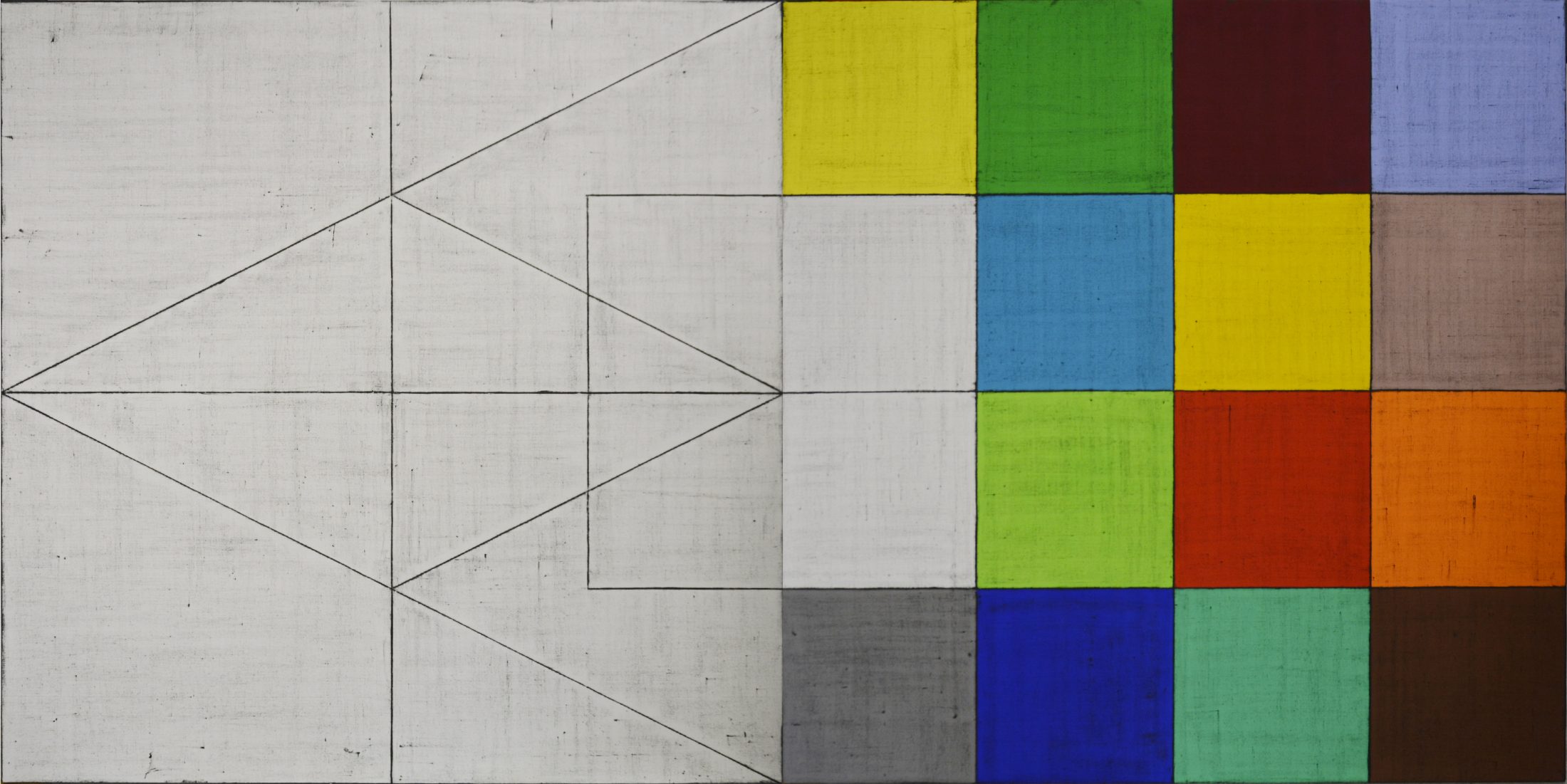 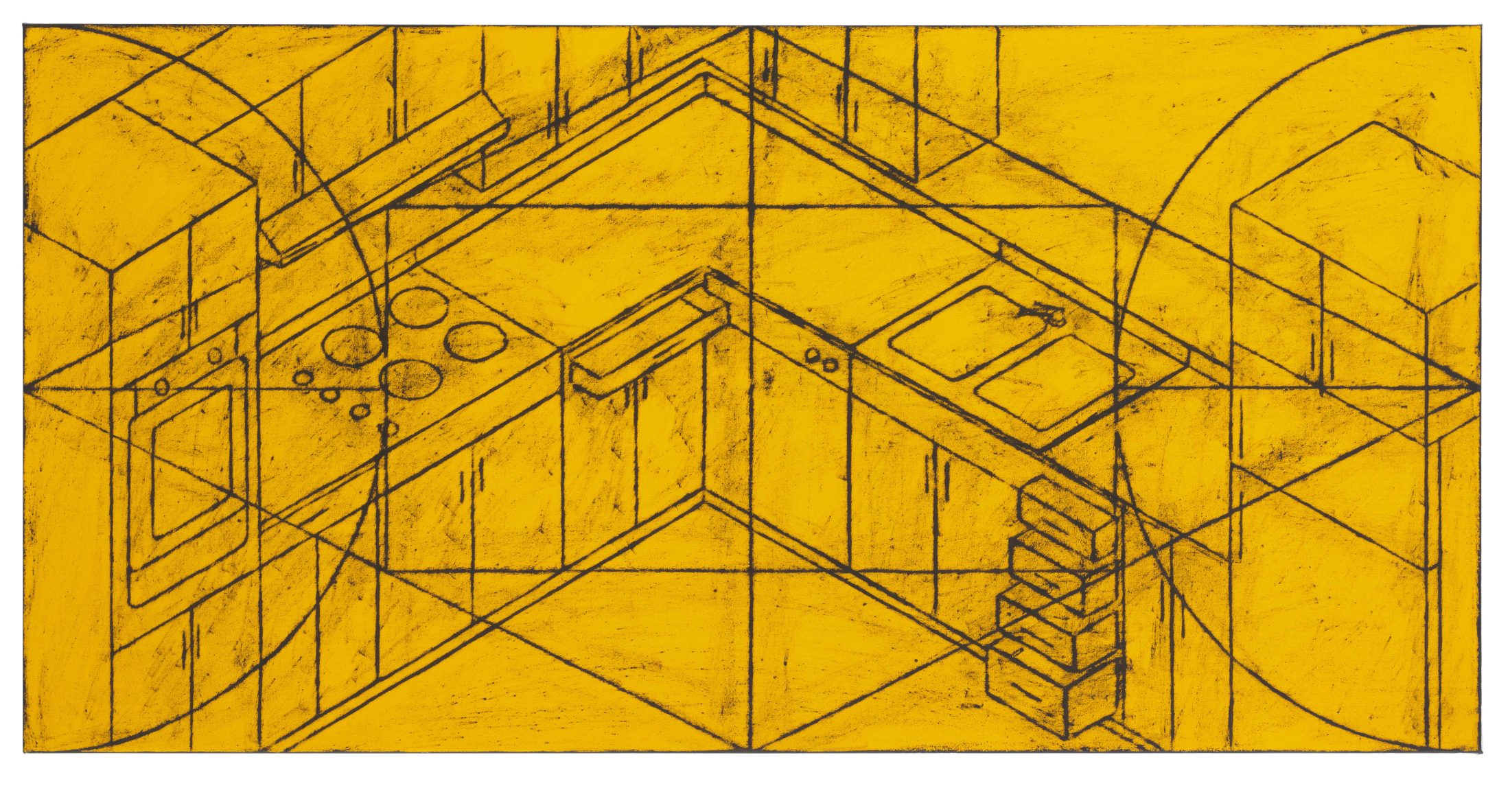 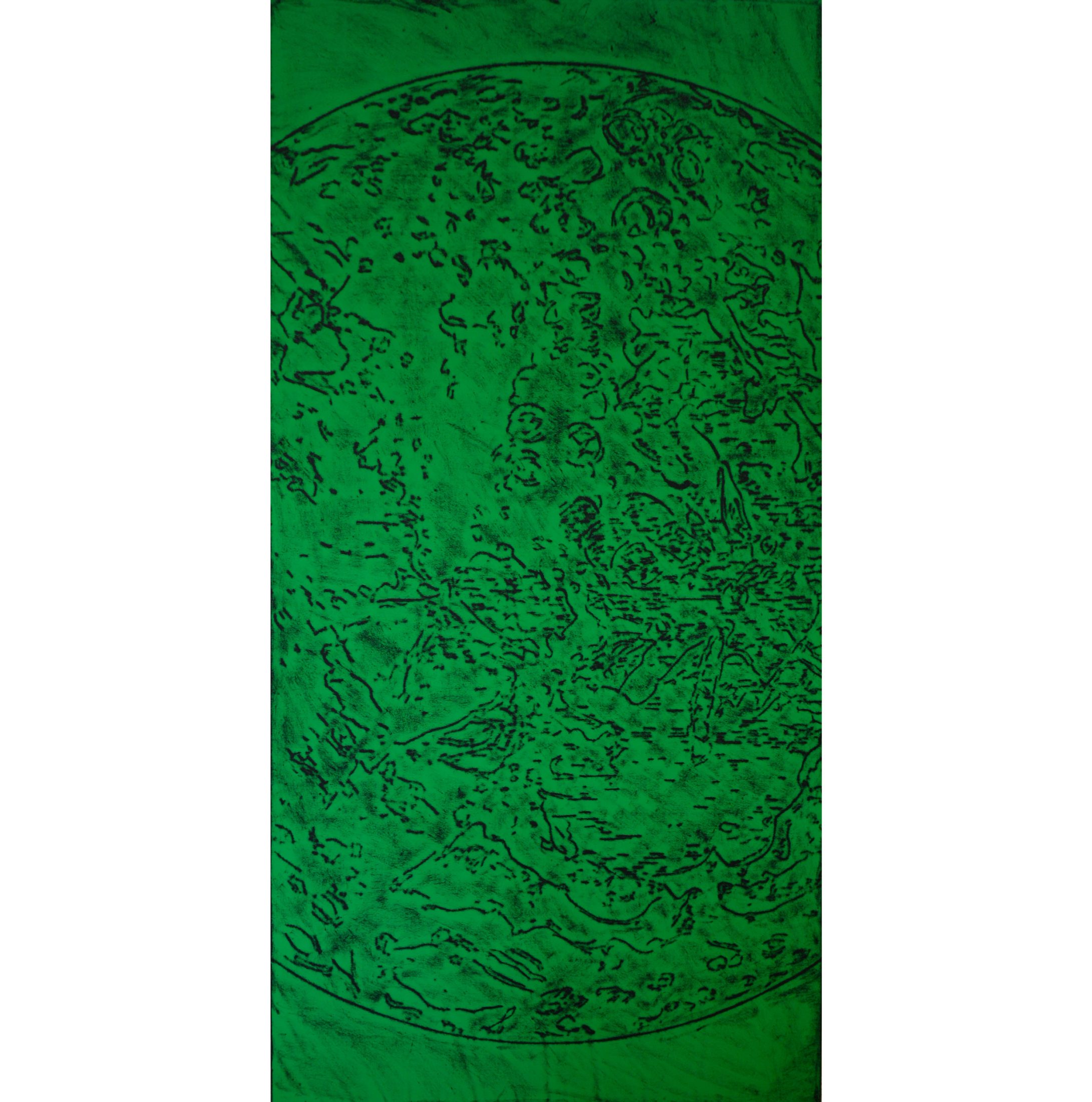 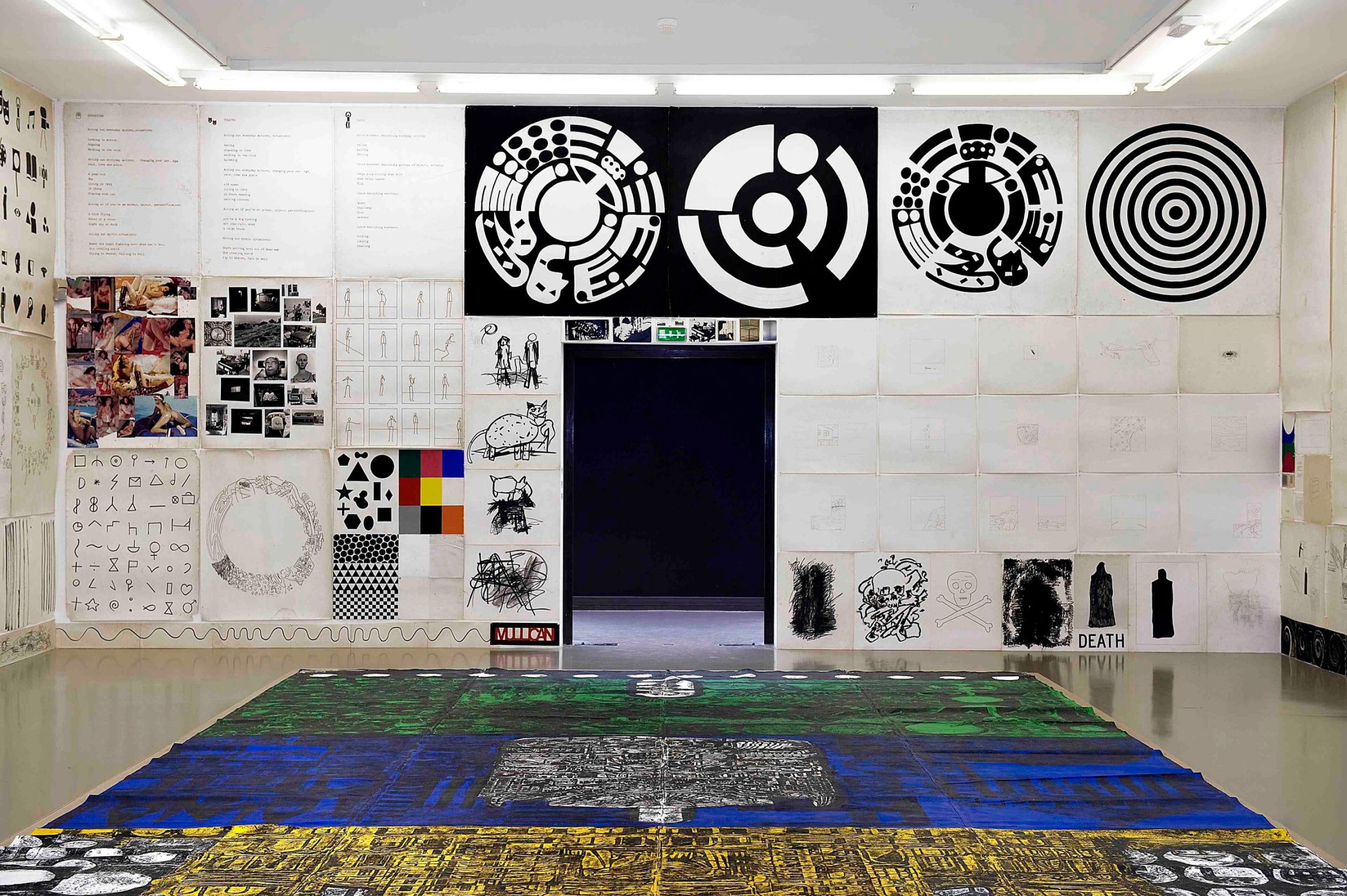